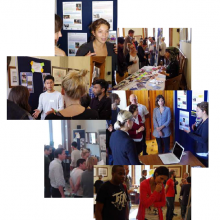 In spite of many European governments having devoted intensive energies to combating inequality among their populations over the past 25 years, the current climate of so-called austerity has considerably exacerbated the challenges facing both young people and governments at all levels.

It has led to a rapid redrawing of social inequalities across Europe with young people at the heart of this. A retrenchment of longstanding inequalities, the emergence of new or forgotten disadvantages together with an erosion of the status and protections previously enjoyed by many citizens means the impact on a new generation is, arguably, the central, most notable aspect of inequality in our time.

We know that young people face extreme barriers in the labour market and in access to usable welfare and education provision. However, there is also evidence that some young people have chosen (or been forced) to re-imagine entry into the labour market through their own innovations in economic and social entrepreneurship. These varied forms of entrepreneurship among young people involve imaginative engagement with the possibilities of youth culture, including alternative understandings of politics, culture and public space and adaptations of approaches to business and innovation. These have been developed in response to social exclusion and/or extremely limited opportunities in Europe or in other locations.The project has explored how such practices could be co-opted as social innovations by policy makers enabling a broader understanding of the way inequalities manifest on the ground and how they are navigated by young people. 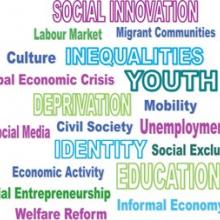 Our programme of work has included a base line study into the current state of play in at least 10 countries across the EU, fieldwork focusing at the micro-level of individual practices and local communities, the identification of socially innovative practices and the active piloting of those which may be transferable.  We have also produced a set of Strategic Recommendations for policy-makers on what they could do to improve their approaches and actions to tackling young people's social inequalities and to harnessing social innovations to assist them in the process.

The Coordinator: Aston University at citispyce@aston.ac.uk